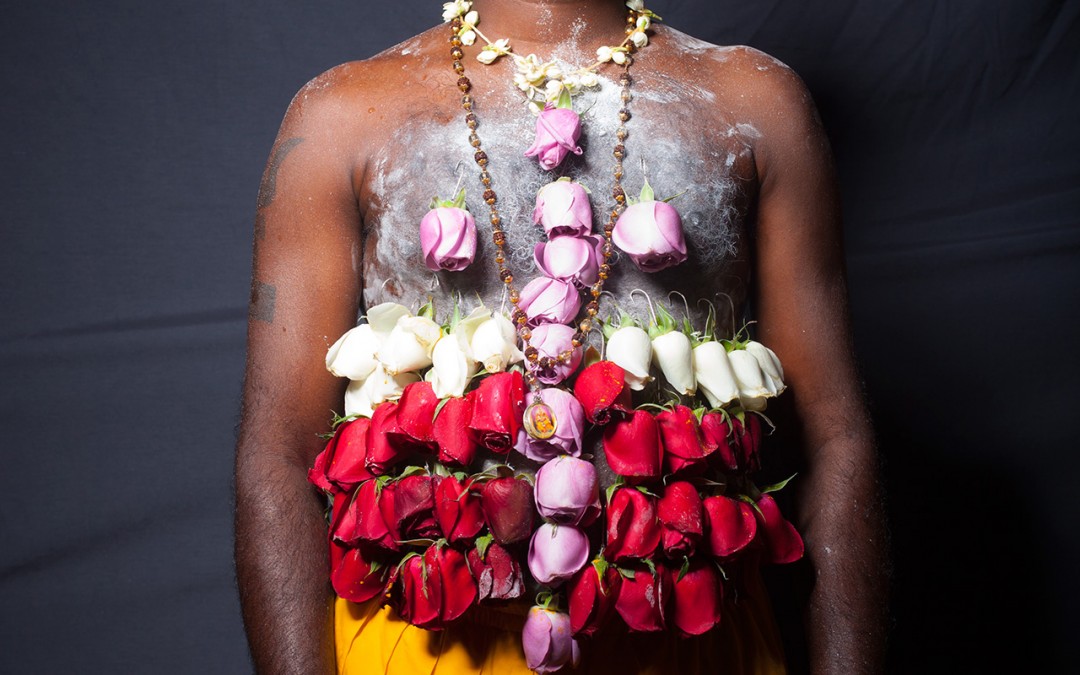 It is now a year since my visit to Kuala Lumpur to photograph one of the most radical religious festivals in the world. Both from the point of view of photography as from psychology, Thaipussam is one of the strongest experiences a person can live. 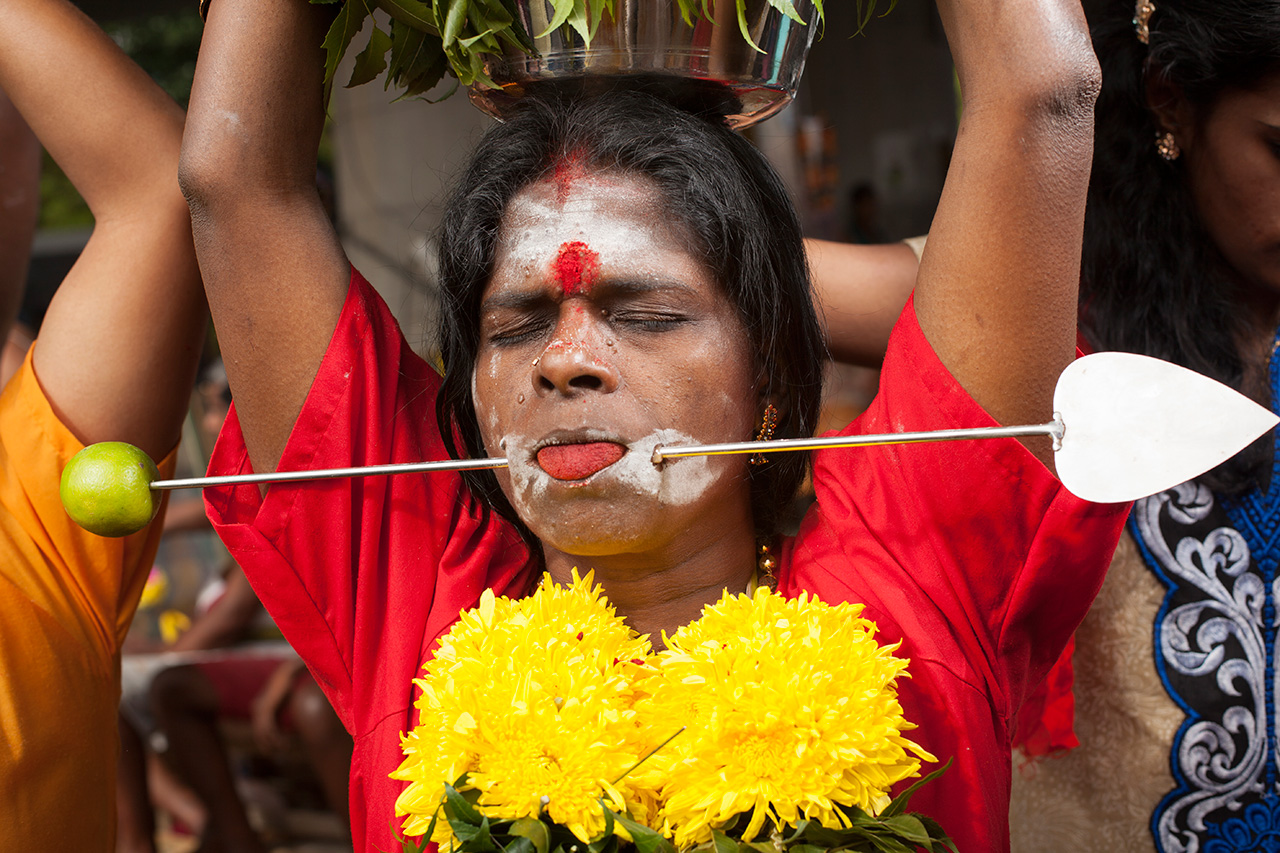 Access to mysticism through pain is a way that man has explored since we can remember, however, for a «civilized» western thinker is probably difficult to understand how traversing the body with metallic elements can guarantee that someone gets to be more close to feel that we are part of something bigger than ourselves. And yet millions of bodies each year come to events like this around the world determined to torture his flesh in the hope of achieving a higher state of consciousness. Some might see this as a twisted psychological cannon to clear the fault, others may say that thisi is nothing more than a strange superstition to prentend having control over the future or maybe is just a way to keep a tradition rooted in time. The fact is that there is much more than a minority practice, but a proposal generally accepted by many religions around the world. 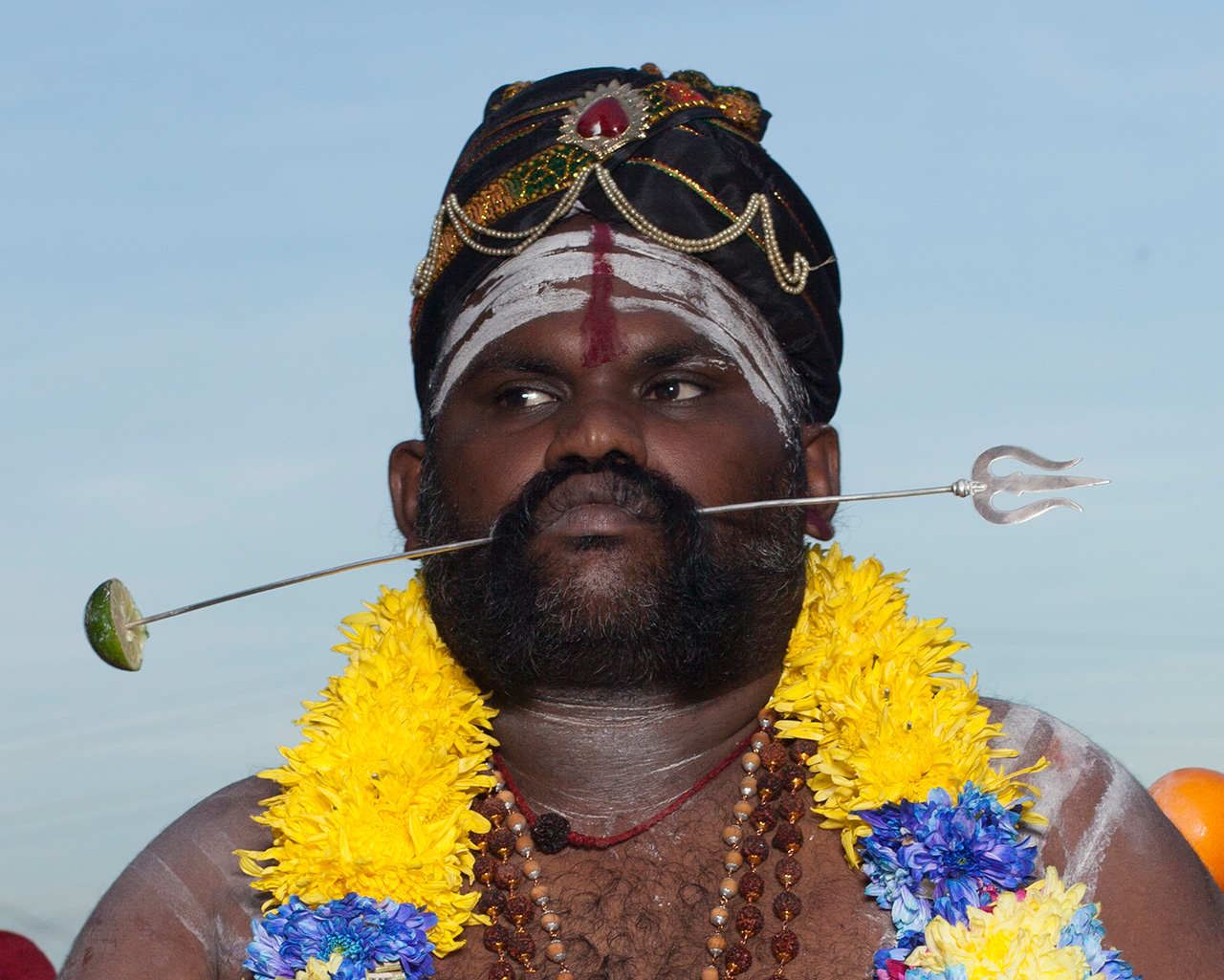 Devotees involved in Thaipussam each year purify his body from 48 days prior to the celebration through abstinence, both sexual and gastronomic, and an intensive practice of prayer.

. On the day of the celebration the participants seem not only immune to pain but also to heat under which made the 12 kilometers of pilgrimage separating Kuala Lumpur from the Batu Caves in which worship is paid to Lord Murugan, the Hindu god of war. Complex purification rituals are often performed in full sun; maybe as an added plus of suffering. Once exceeded contact with the body nothing can harm them. 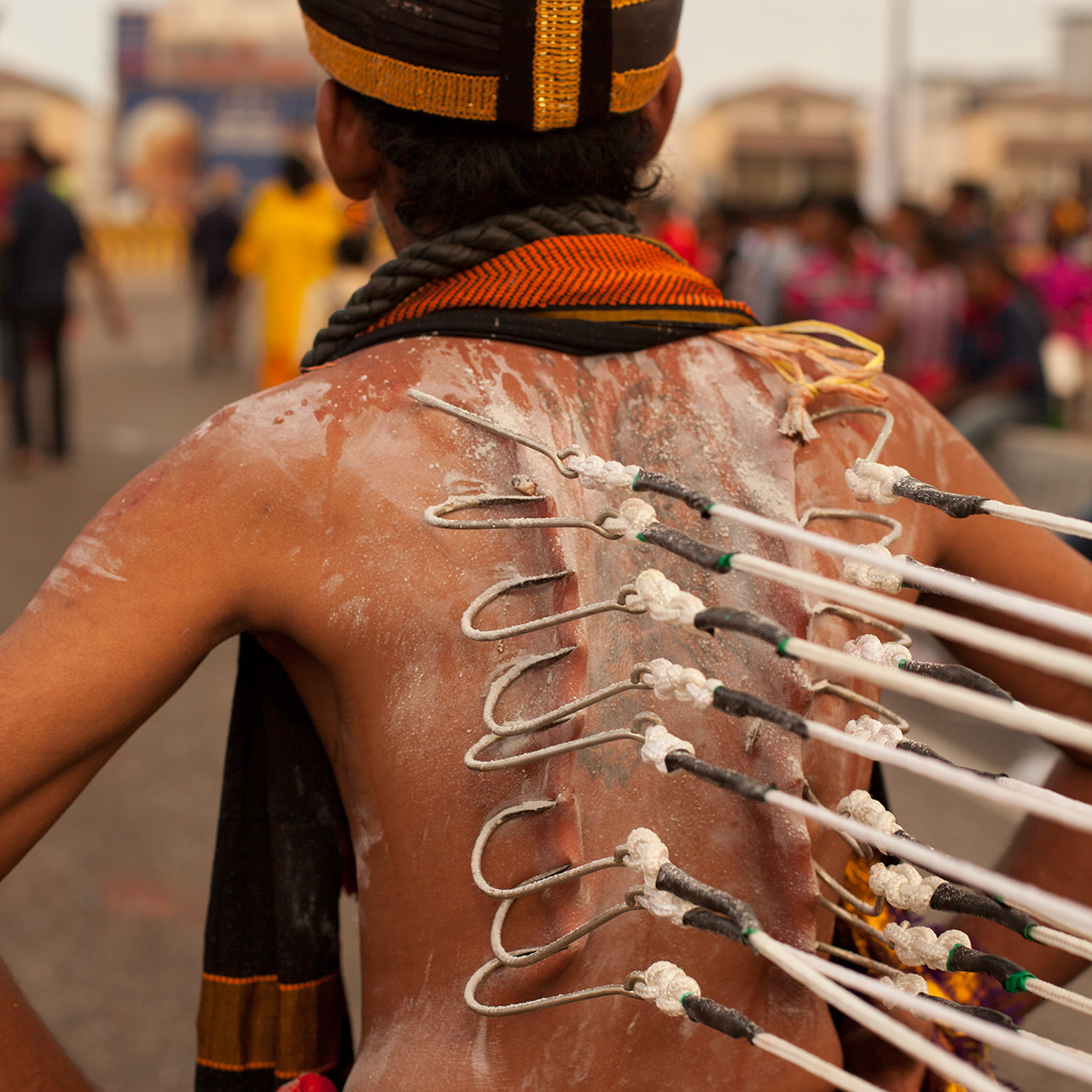 The manifestation of trance is referred to a psychological mechanism by which the person is disconnected from their environment to connect with an altered state of consciousness. For those who never have felt it may sound strange but for me, after having takeng photogrphas from four in the morning until four in the afternoon, is clear that I had lost touch with reality. Yes, I know that this is not the same as an spiritual way but … well, perhaps the result is not so different. In my case the constant exposure to images of such power, somehow, also conveyed to me into a parallel universe in which my body was separated from my mind leaving me oblivious to pain and hunger. Anyone who has loaded with a complete photographic equipment for hours’ll know what I mean. 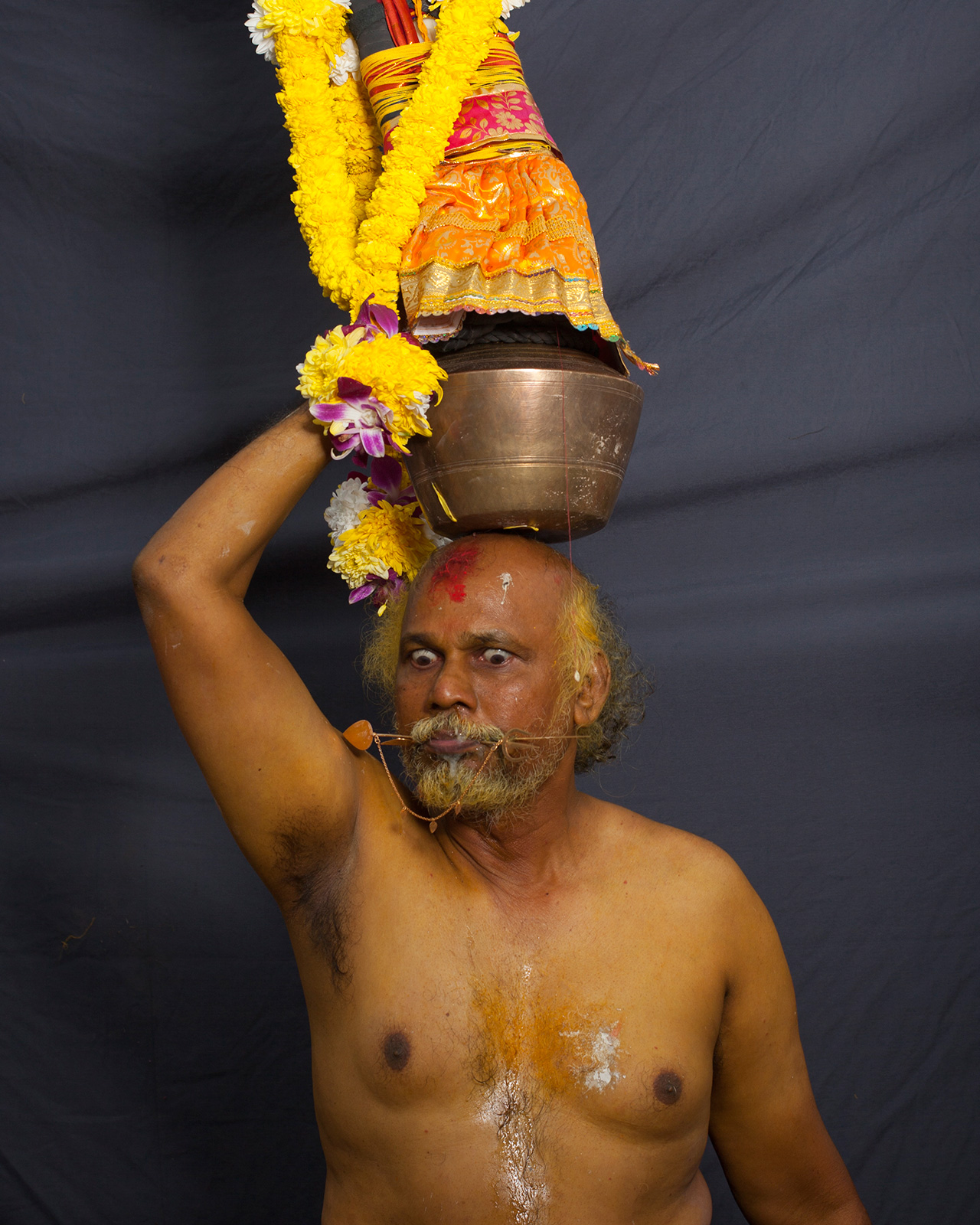 Altered states of consciousness are more common than we think, meditation, sleep or intermediate stage that precedes it are some examples in which our consciousness passes stadiums that have little to do with what we call «reality». The concept finally becomes more a practical consensus than one immutable and objective being. We have agreed that the experience in the waking state is real but, only because we spend more time in that state means it is the most real? Drugs are well known as examples of induction to other states of consciousness but usually accompanied by such strong perceptual changes that after use is very difficult to conclude whether it is truly experienced an expansion of perception or a distortion of the devices through which information comes from. For Thaipussam the main goal of the pilgrims is different: achieving greater wisdom, help to overcome the barriers that life imposes on the day, atone for sins, save a sick relative … The rituals ranging from the relatively easy transportation of milk jug on the head to form part of a bulky structure called Kavadi, lavishly decorated and often including the image of a deity that devotion surrenders. More often than not the Kavadi rest on the shoulders of the devotee but there are the one who divides his weight on various hooks nailed directly on your body.

The show is great and hypnotic.

Click on the image to see the whole gallery 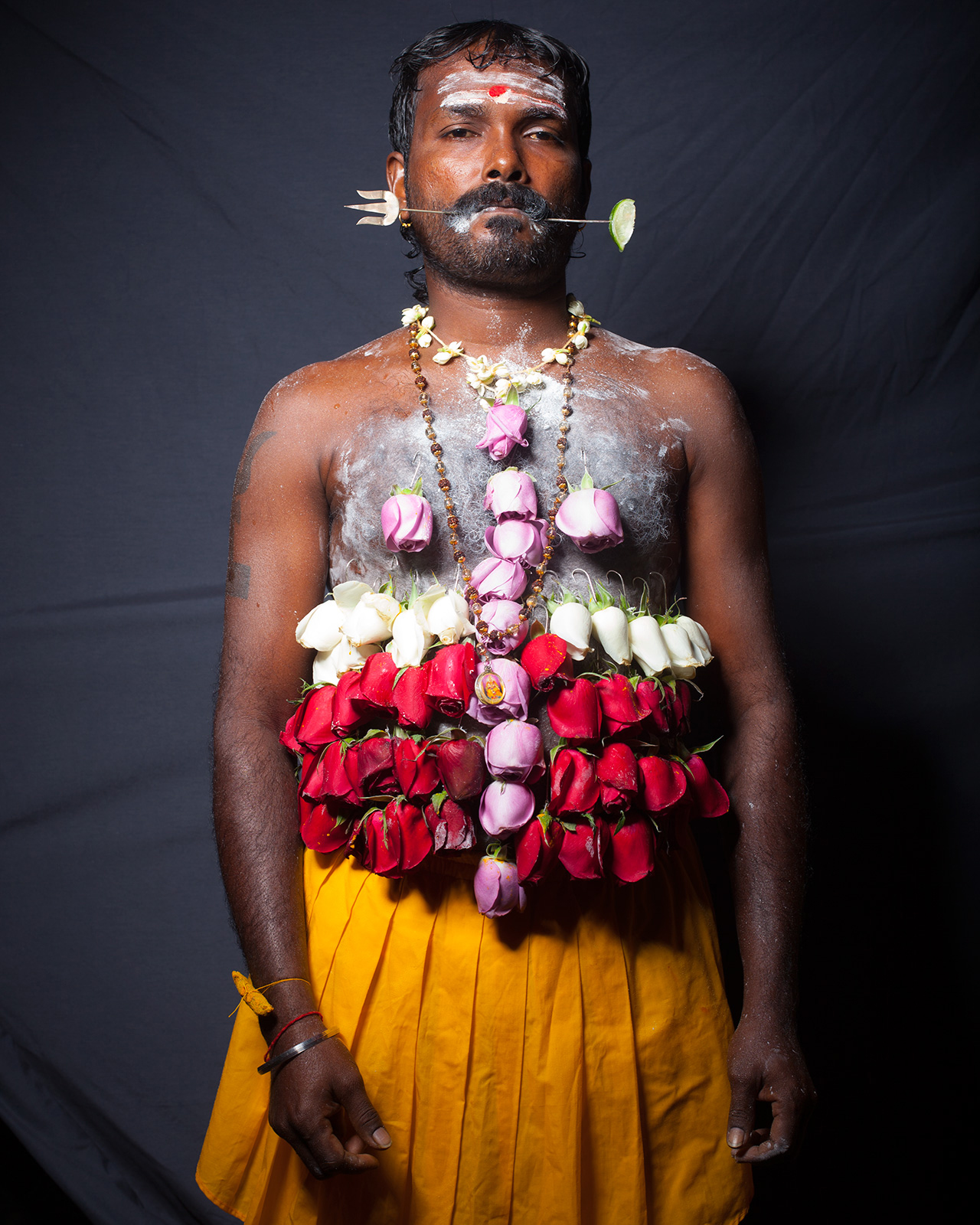 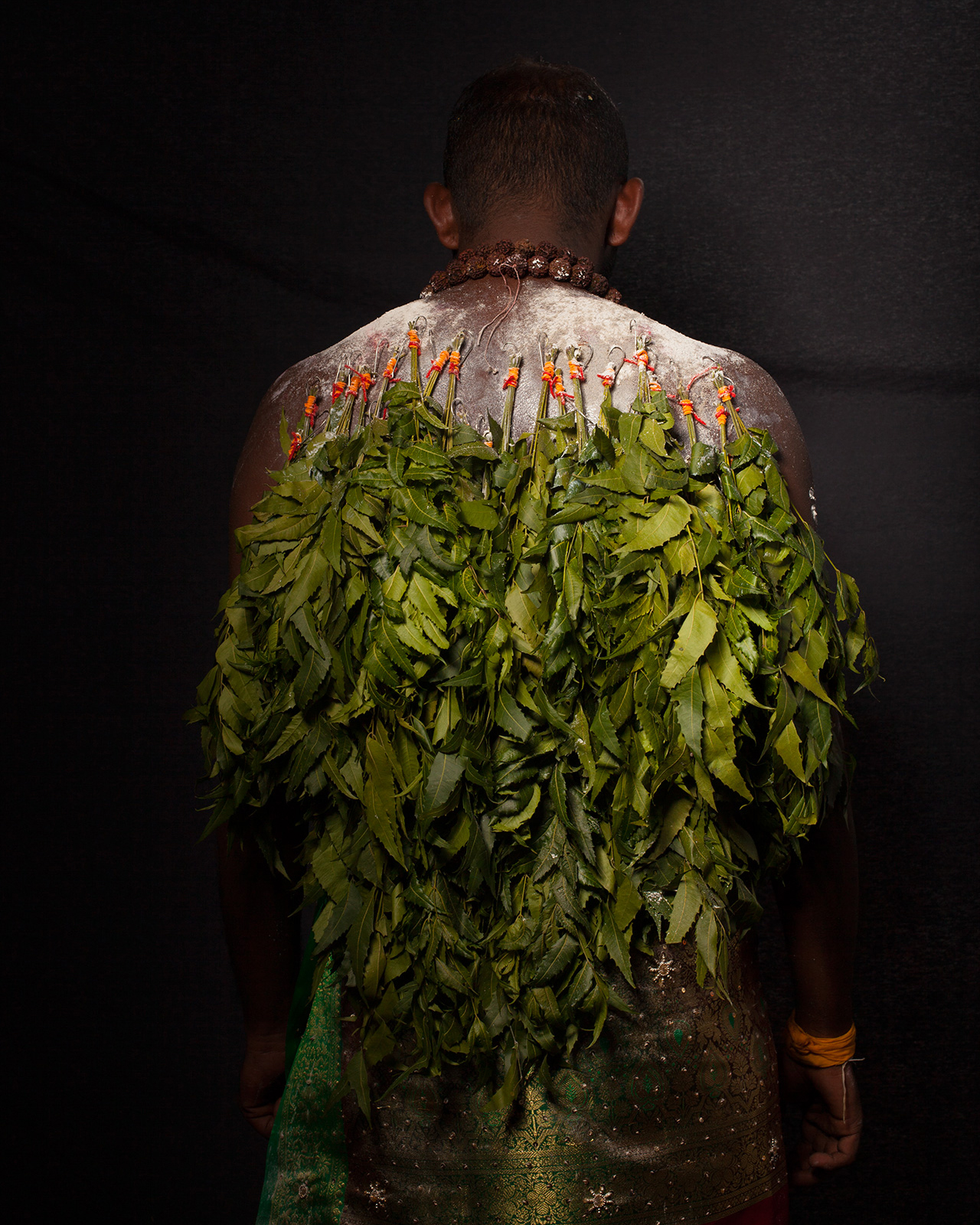 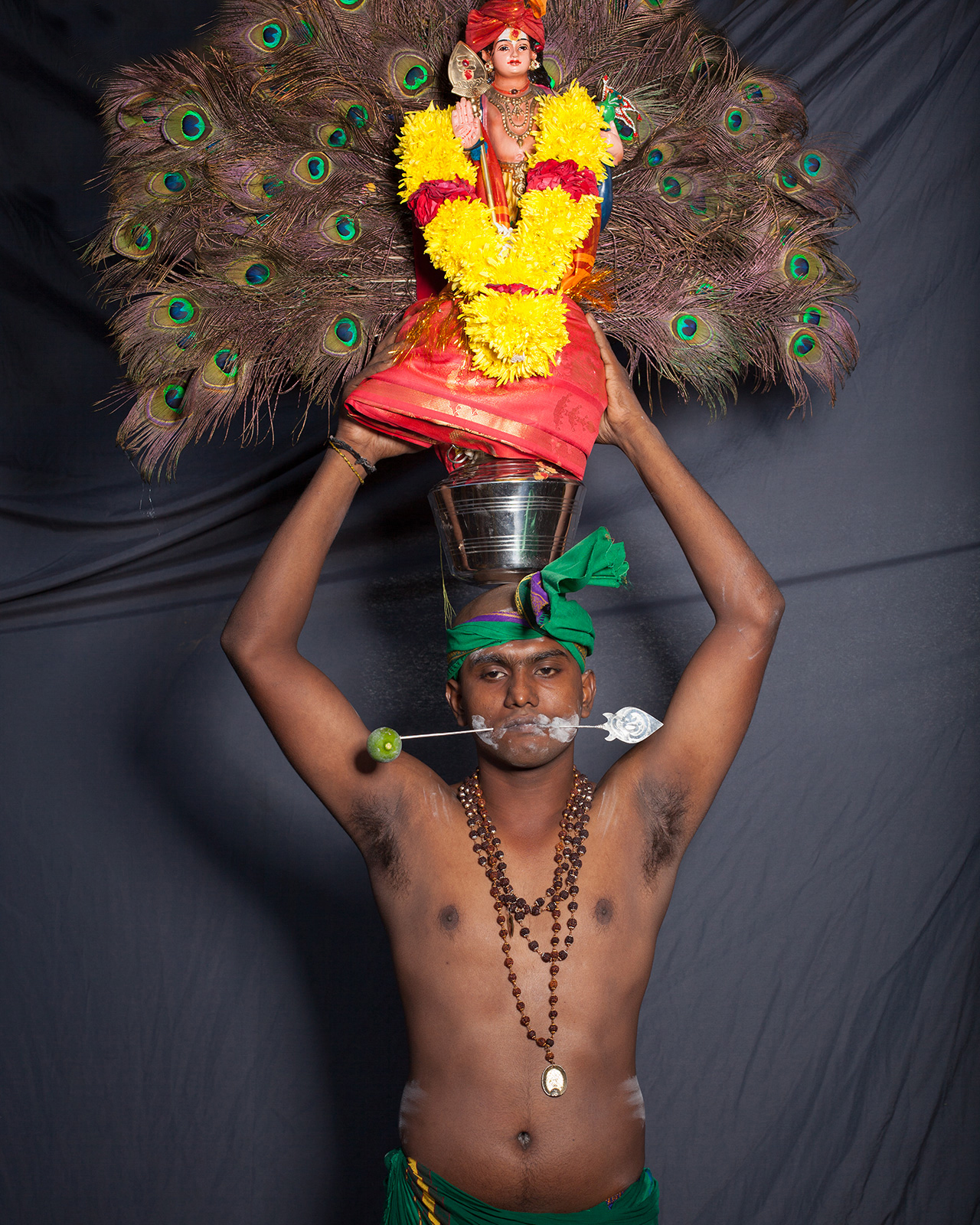 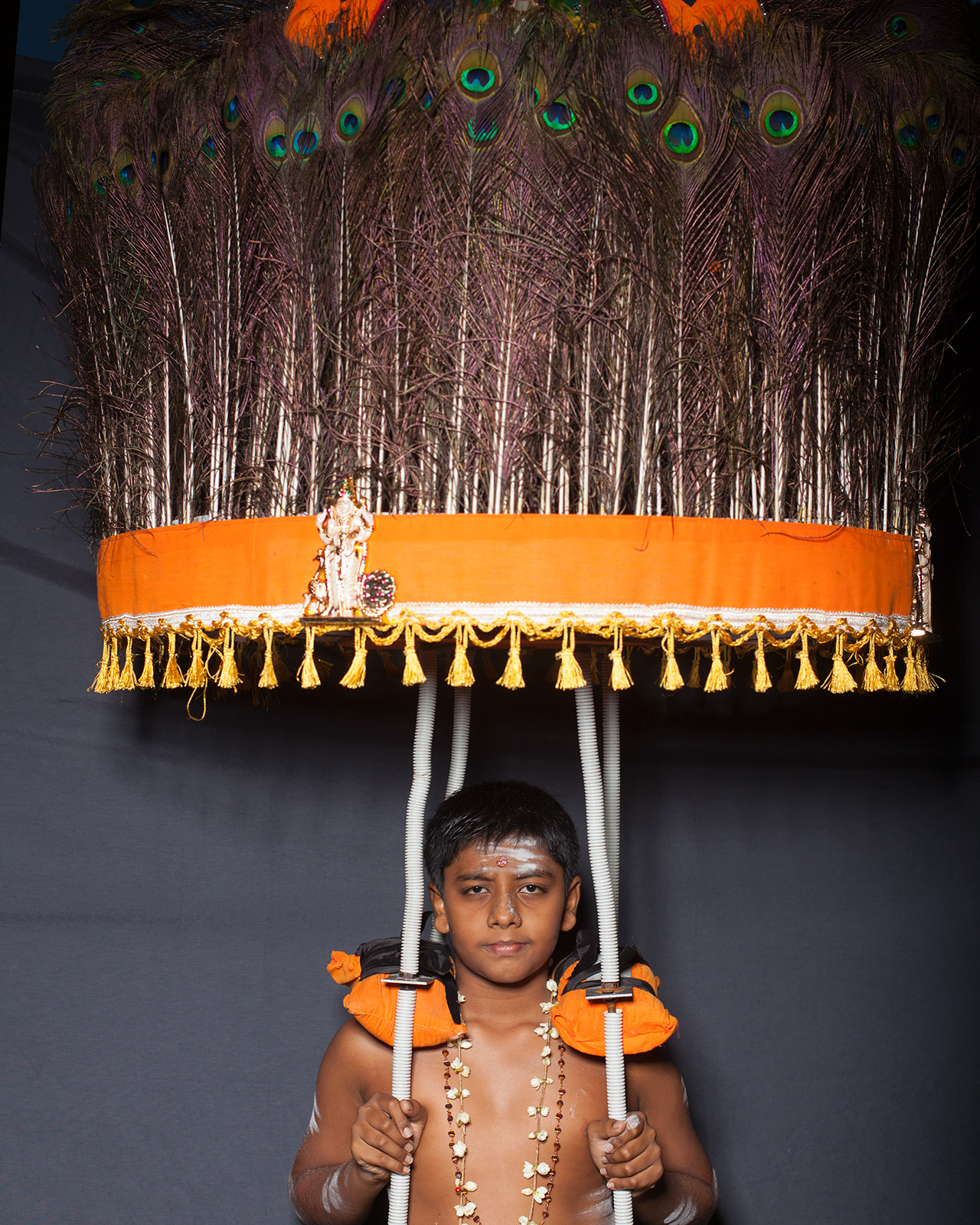 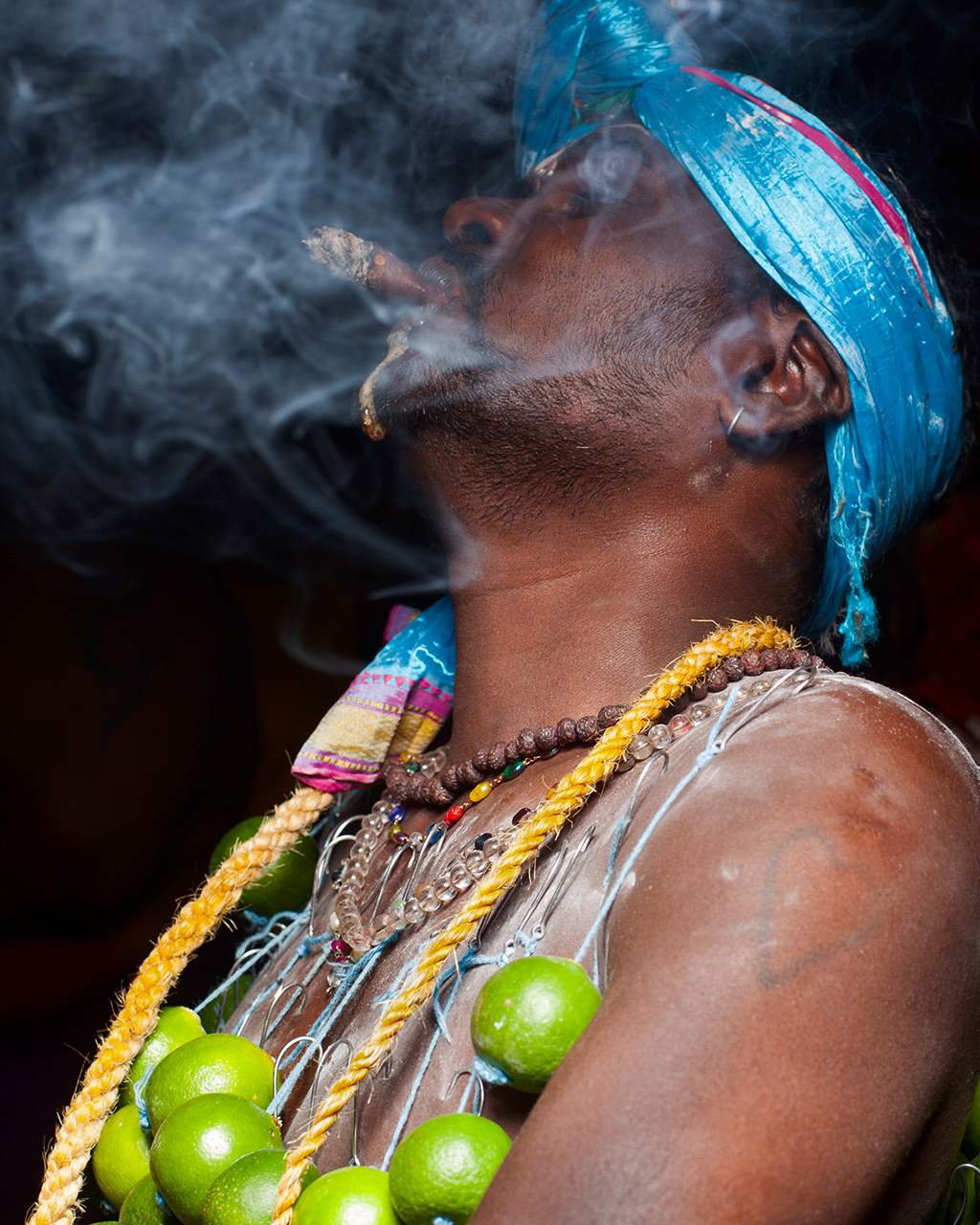 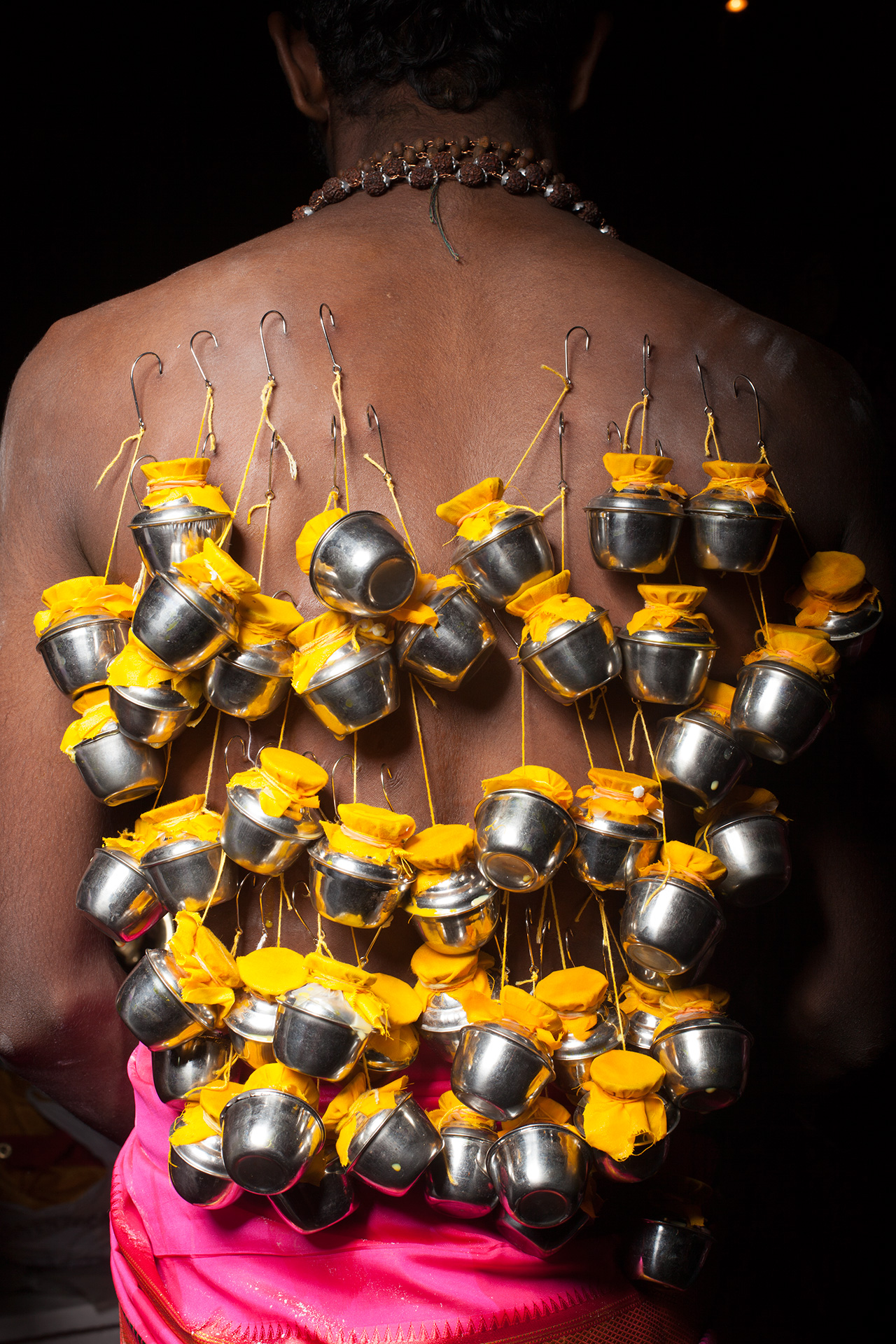 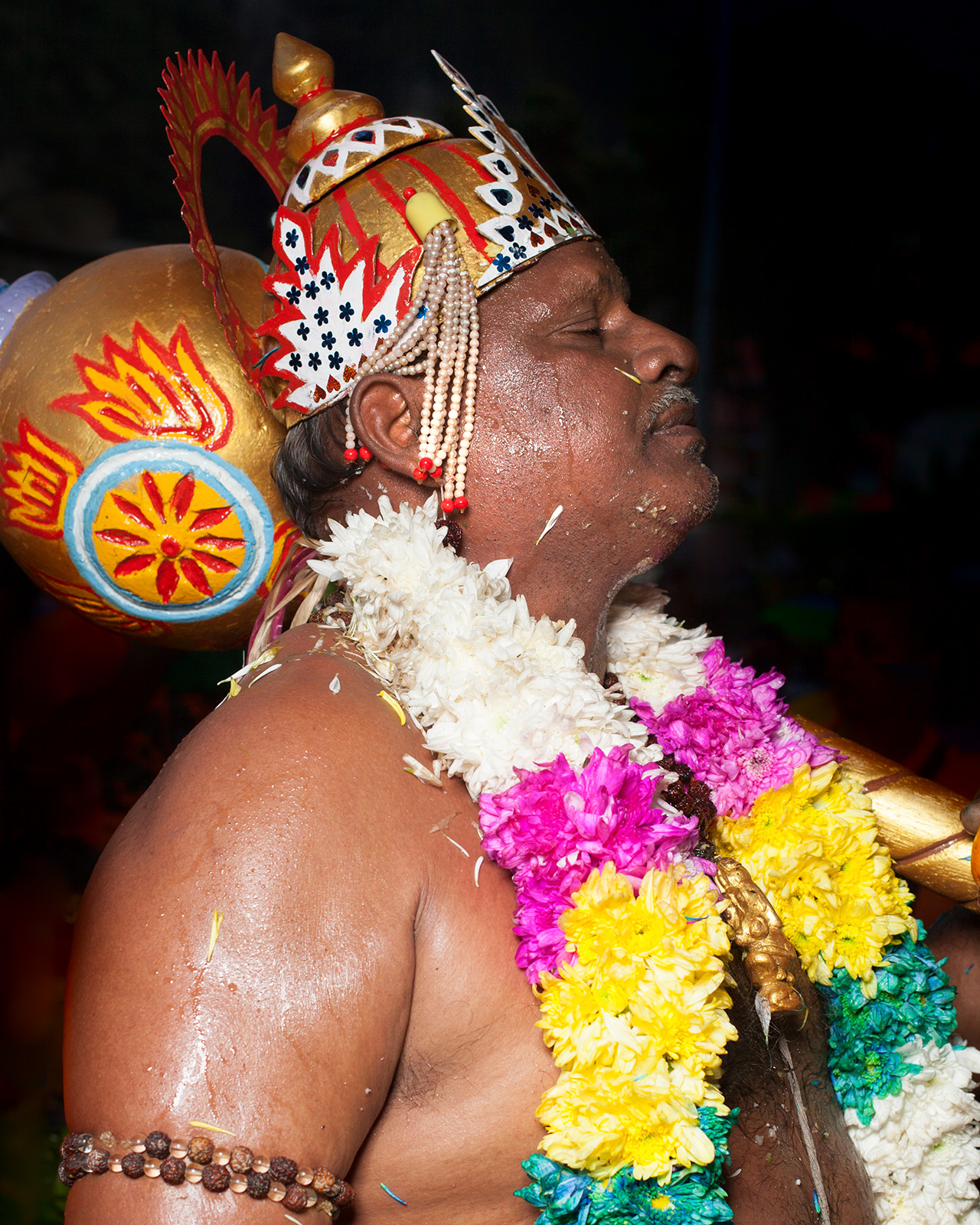 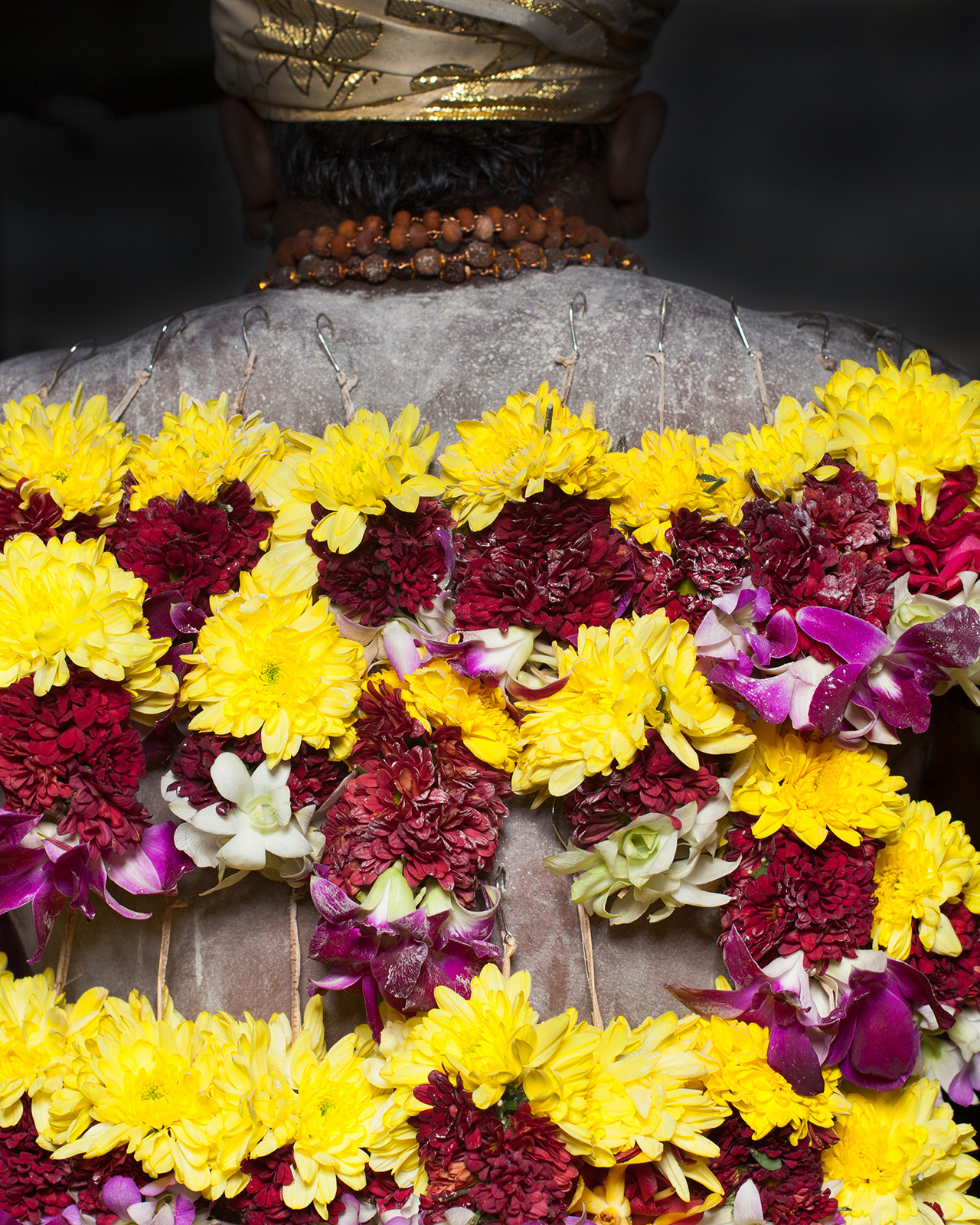 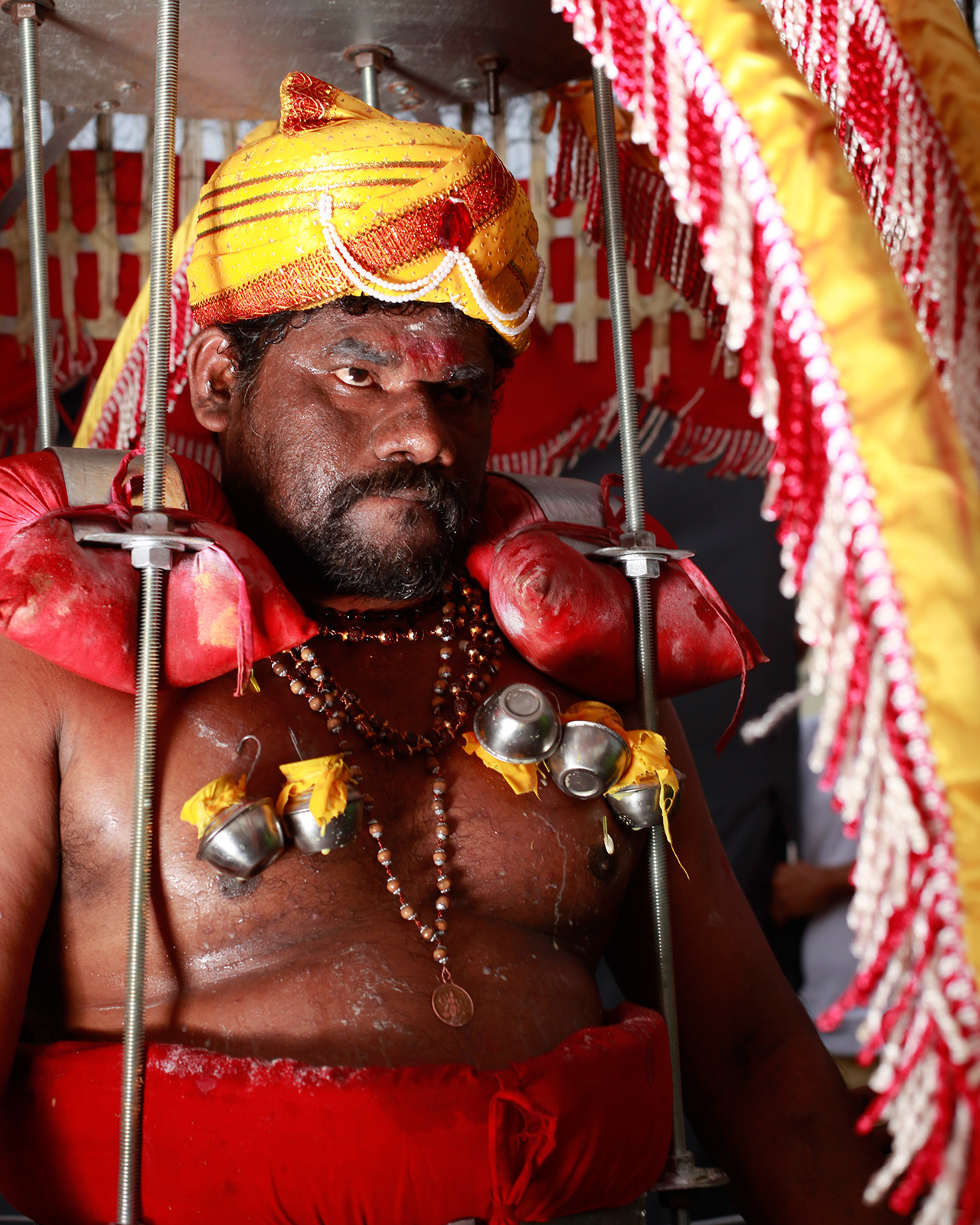 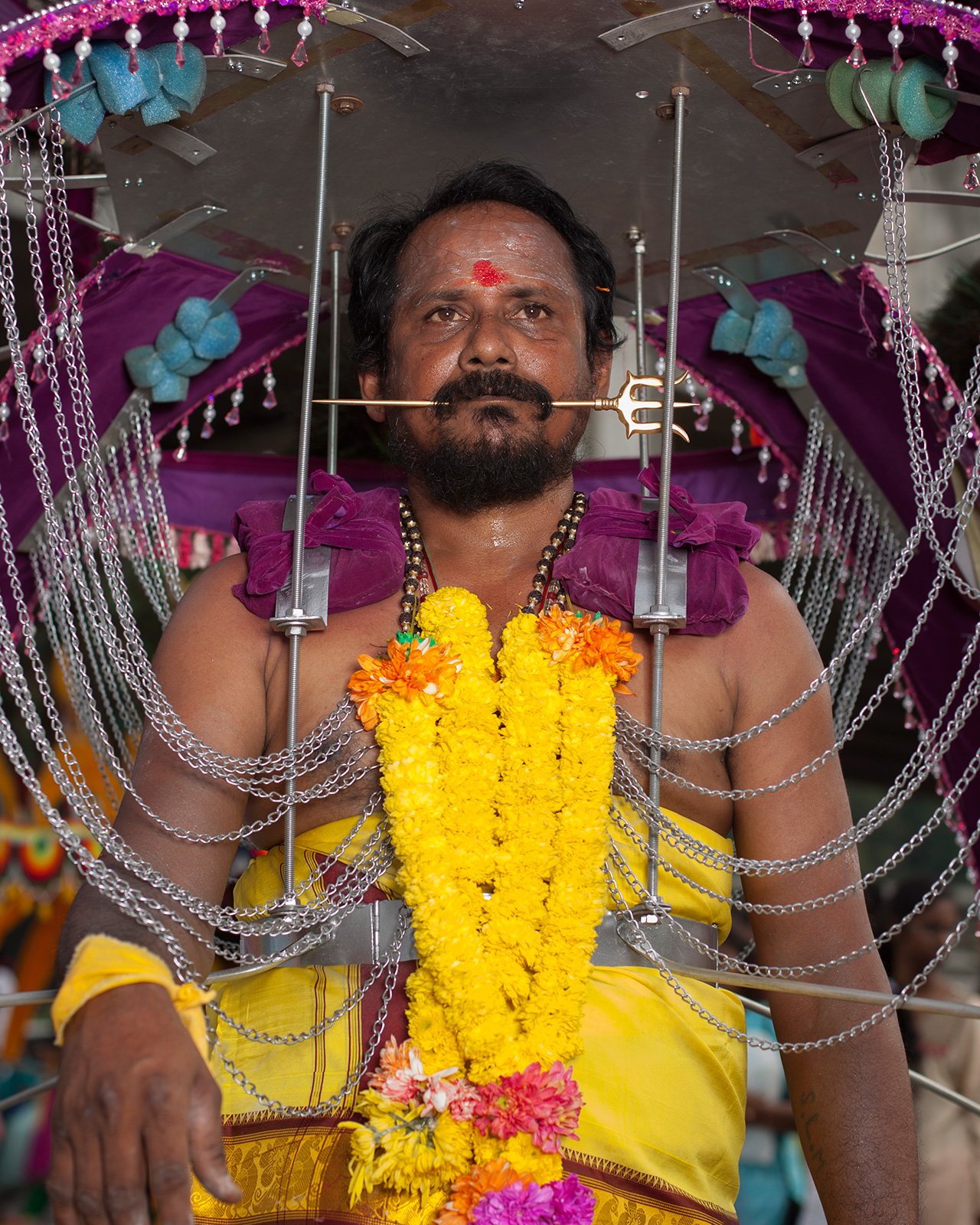 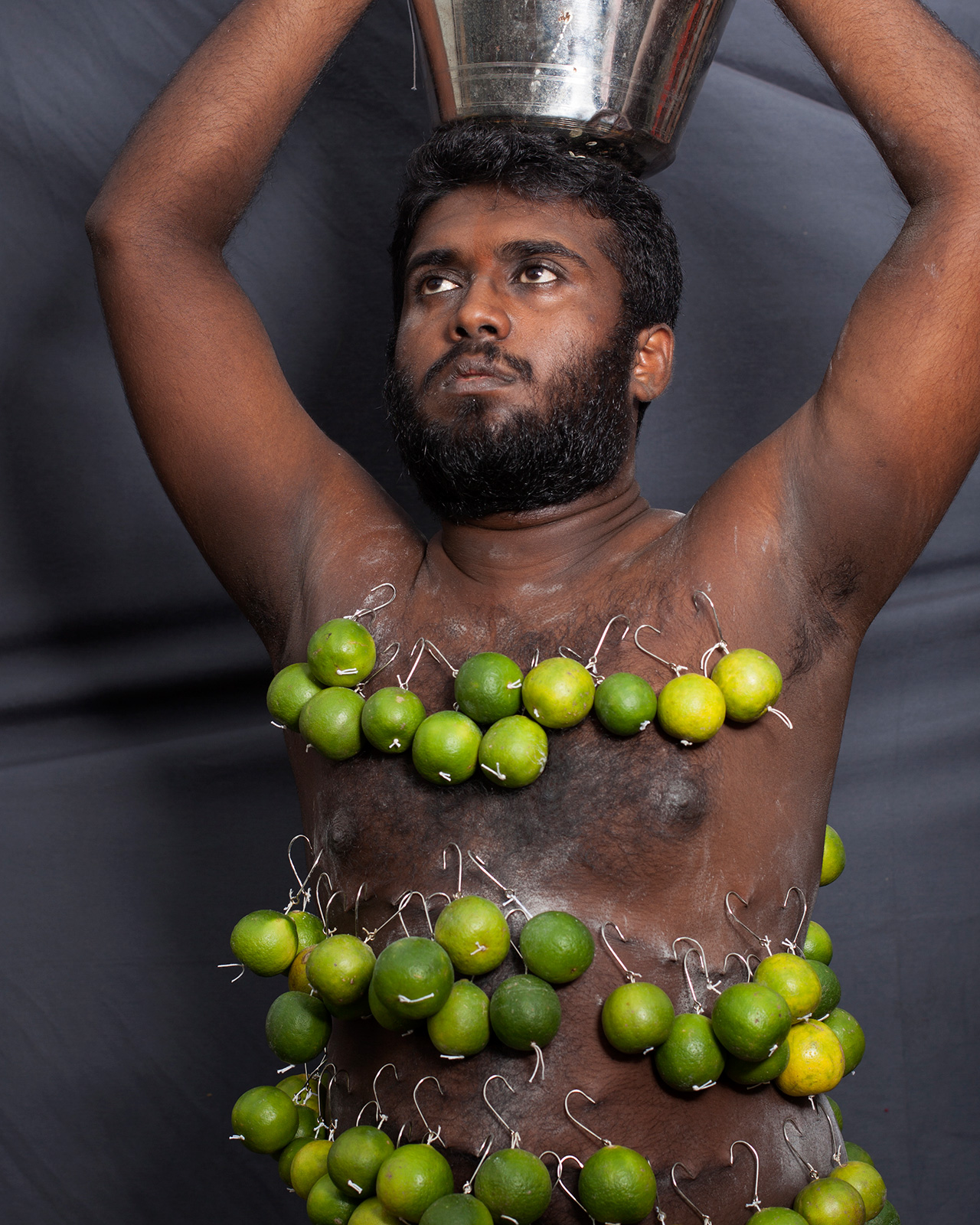 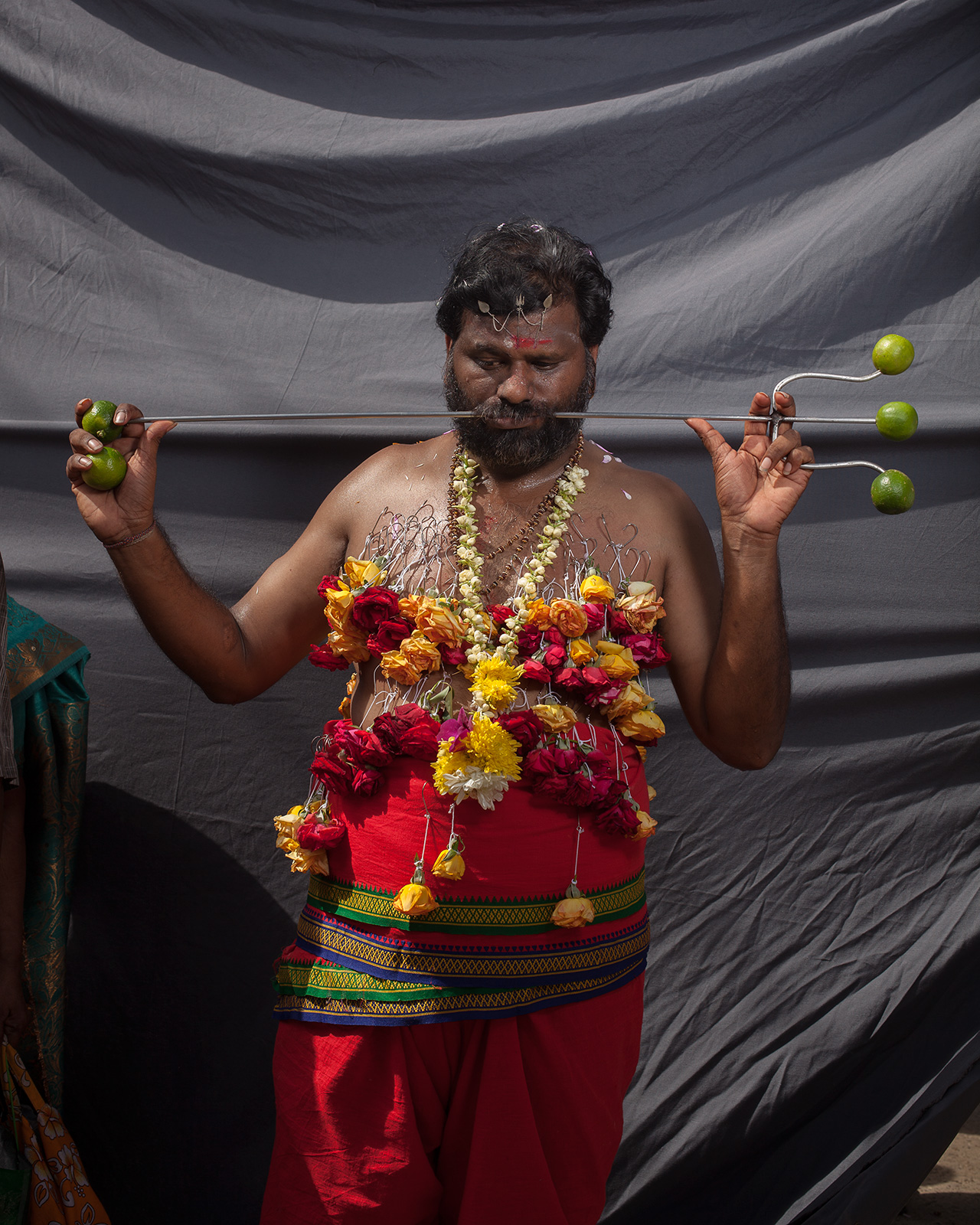 Special thanks to Jeison Martinez,​ Munira Rohaizan​ y Shafina Sheridan​ without whose help this document wouldn’t have been possible.